MELILLA, SPAIN - APRIL 21, 2010 : The border of El Barrio Chino is located next to the separation fence between Spain and Morocco and at the end of a ramp by the which the porters have to push or carry contraband packages that weigh 80 to 100 kg. on April 21 , 2010 in Melilla. Spain. Every day at the pedestrian border of El Barrio Chino hundreds of people are involved in transporting smuggled goods from Melilla a Spanish enclave on the North African coast to Morocco.For each package introduced in morocco receive between 3 an 5 euros depending on size,with a little luck achieved make three trips a day.It is estimated that from Monday to Thursday on foot enter Melilla 8.000 porters, mostly women, to return to Morocco with huge sacks of goods from the warehouse border area of Beni Enzar in Melilla .( Photo by Jordi Cami ) 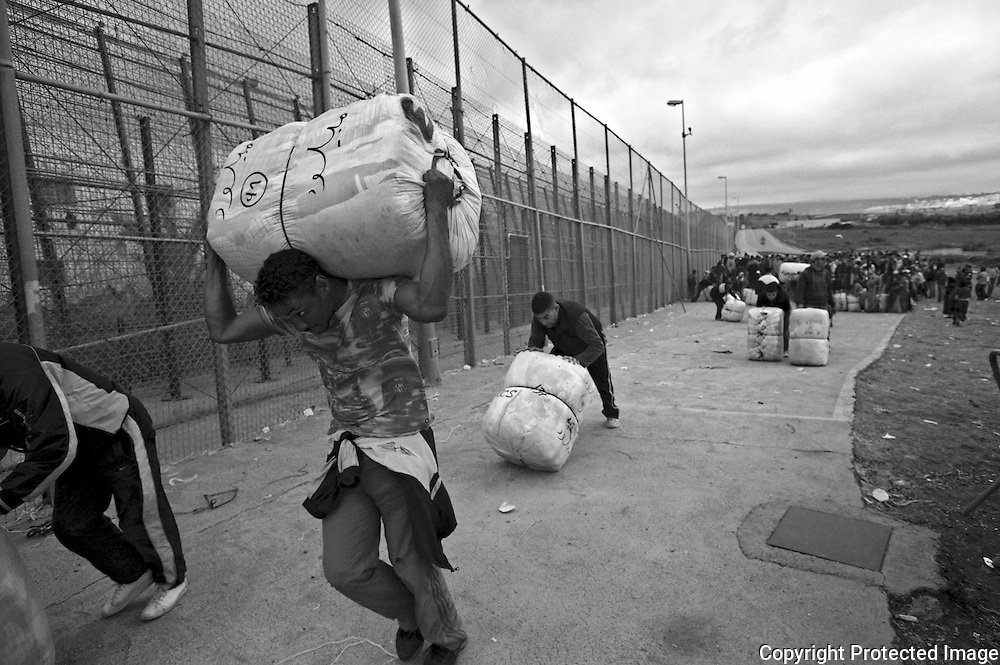